Affiliate Disclosure: When you buy a product via our links, we sometimes earn a referral fee. Learn more

What Is Echo Show?

The Echo Show is a smart speaker with a screen. Unlike Echo Dot and its various generations, Echo Show and its generations have a screen. The smallest Echo show has a 5.5-inch touch screen display. It works on the Fire Operating system, an Android-based OS by Amazon.

Till now, seven versions of the Echo show has been released, namely,

Echo Show 10 and its successors are no longer a tabletop Echo device like its predecessors.

Facebook Portal is a newly launched smart display device with an AI-powered camera by Facebook, similar to the Echo Show. It also has an Alexa as a built-in voice assistant.

For video calls on Echo Show, one can use other Skype (available on Echo Show 8 only) or the Alexa app. One can also video call from the Echo Show to another Echo Show or Echo Spot. 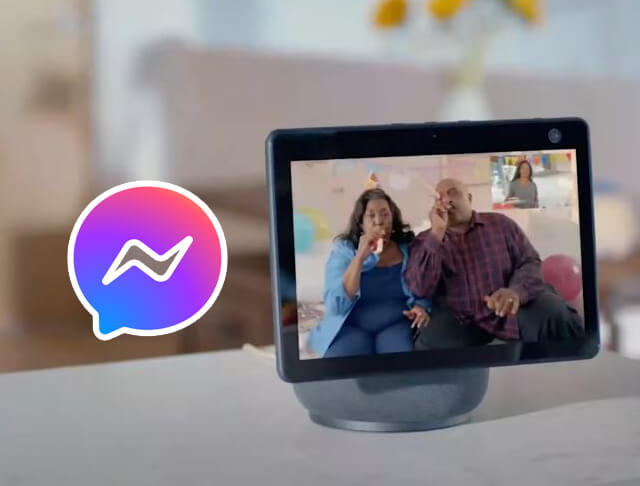 If you have an Echo Show, you cannot use it to video call on Facebook Portal. The Echo Show is by Amazon, whereas Facebook Portal is from Facebook, and thus both companies do not allow to use each other.

Use Of Alexa Skills On Echo Show

The main purpose of the Echo show lies in the Alexa app and its skills. It is easy to use Alexa skills on Echo Show. Go to the Alexa app on the Echo Show. Follow more > Skills and games > search for the skill and Enable to add it.

In Echo show 5, this is down through Alexa’s drop-in feature. For this, you need first to download the Alexa app on your mobile device (and not on the Echo show). Add your Echo device within the Alexa app under the Devices tab.

Now go to your Echo Show’s Settings. Go to the communicate tab and then find the Drop-in section within it. Turn on the Drop-In feature.

Follow the same steps on your Alexa app to drop in the video call on the mobile app. This way, you can make calls and messages from one Echo device to another.

How To Enable Skype On Echo Show?

Skype is only accessible on Echo Show 8. This is also enabled using the Alexa app downloaded on a mobile device. Go to more on the Alexa app.

If you want to place a video call through Echo Show, you can use other video call platforms like Discord. All you need to do is say, Alexa, open Firefox. Type in discord.com and sign in to your account.

How do I link Facebook to the Echo Show?

One cannot link Facebook to Echo Show. You can only upload your Facebook photos to Echo Show using the Alexa app downloaded on your mobile device.

How does Echo show work for video calls?

Echo Show doesn’t support FaceTime, Zoom, or Microsoft Teams, but it supports Skype. After signing in to a Skype account using the Alexa app on the mobile device, you can command Alexa on Echo show to place calls. Say, Alexa, call (any of your Skype contact names).

In short, the Echo show cannot use Facebook Messenger. However, it can use other messaging and video calling services like Skype, Discord, and Alexa skills related to messaging and calls.

In case of questions contact us at: hello @ speakergy .com